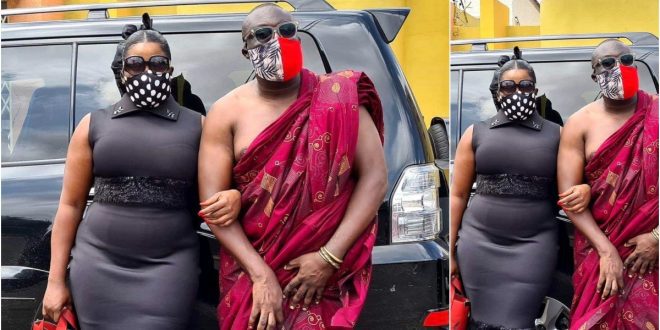 Gloria Sarfo and Dada Boat both announced that they found love in each other and that they will be getting married really soon but people didn’t believe it.

Most people thought the pictures they shared of themselves on social media was just for hype or to promote an upcoming movie, but it seems the two are really serious with their relationship.

They were spotted together today at the funeral of the lat bishop Bernard Nyarko.

Dada Boat sharing the picture on IG told fans that she is sharing his happiness and sadness with Gloria sarfo because he loves her.