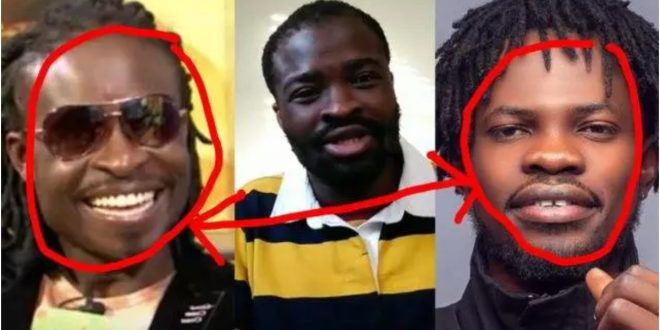 “Daasebre Gyamena faked his death, he is back as Fameye” – Evangelist Addai Claims (Screenshot)

Sometimes the idea of a self-acclaimed man of God Evangelist Addai is too hard to believe.

well in a recent controversy, the Evangelist claims the late Daasebre Gyamena faked his death and that he is back as Fameye.

Evangelist Addai claims the ‘Nothing I Get’ hitmaker, Fameye and the Highlife legend, Daasebre’s talent matches and they sort of look-alike too.

He added that he has studied in detail their manners and have come to the realization that the two are the same person.

it could be recalled that this same man claimed the late actress Suzzy Williams faked her death and she is back as popular screen goddess Nana Ama McBrown.