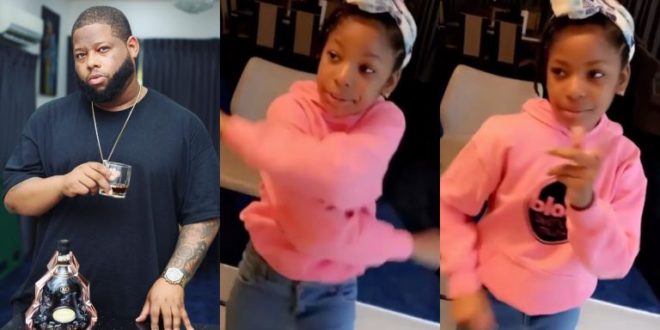 Rapper D-black is well known by almost in ghana as he has been in the music industry for a long time. Also, he recently popped up in the news as he was in the center of the fake UN award saga.

Despite his fame and popularity, very little is known about his real life as he is fond of going ghost in a while. He has a lovely family – two beautiful daughter and he hardly shows them off.

The rapper has for the first time in a long time, taken to his official Instagram page to share a video of one of his daughters, called Alexia who happens to be the eldest.

D-black once revealed he gave birth to this adorable girl at age 24, adding that he was very brooked as of that time since he had not started his music career.

Well in the new video, Alexia kept on display, her wild dancing prowess, and people are all over her. She is indeed a professional dancer and the video tells it all.

sharing the video, D-black wrote “My daughter Alexis tooo lit 😍😍😍” as a caption. see video below: