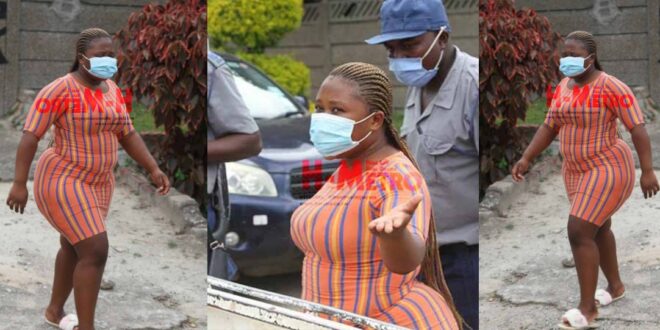 A Zimbabwean curvy woman who has yet to be identified was caught red-handed sleeping with a minor, a 13-year-old child.

According to reports, the incident occurred in Houghton Park, Greendale, Zimbabwe. She was apprehended by the teenage boy’s mother in their own house. It’s unclear who she was or how she met the young boy. But for the time being, what we know is that she will be charged with having sexual intercourse of the young child.

The curvy woman said, however, that the young boy gave his consent to the s*x. She also said that the 13-year-old boy invited her to bed with him at their house. During her arrest by the police, she said all of these things.

She said, according to H- Metro, Zimbabwe’s local online media platform: “What went wrong, and how did I know where he lived if he hadn’t called? We had safe s*x, and I don’t see why I should be handled as though I were a thief or a robber “..

In fact, though, the statement is inadmissible in the eyes of the law. The little boy is under the age of 18. In the eyes of the constitution, a person of certain age cannot give legitimate consent to anything. And if the boy sincerely demanded it, the adult woman would refuse those ill-conceived demands under all conditions. That’s what she’s supposed to do. She, on the other hand, acted differently.