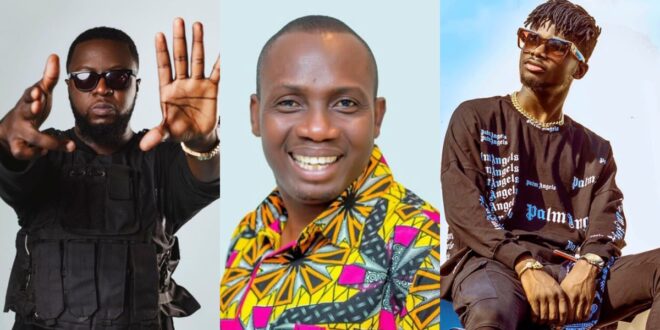 Since the latter declined a collaboration from Guru based on his beef with Richie, Guru and Kuami Eugene have dominated recent headlines.

Remember that Guru lamented that he wanted the ‘Angela’ hitmaker in an album, but because of their beef his boss Richie is keeping that from happening.

It is Richie who made him who he is today, Kuame Eugene argues, so Guru should respect and apologies to him and if only he wants a collaboration.

“Guru did not use the right channel. You want to feature me but you go to media houses to insult the man who made me. I wouldn’t have been Kuami Eugene but for Richie so I expect that respect is accorded him no matter the differences that exist.

For this reason, Counselor Lutterodt while expressing his thoughts on the matter on Angel FM, insists Kuame was incorrect and needs to apologize to the ‘Kasiebo’ hitmaker.