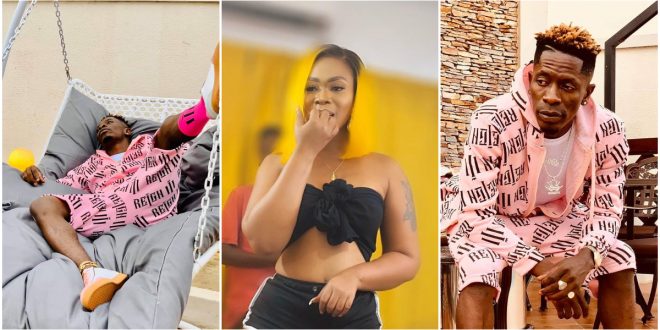 Reggae and Dancehall artiste Shatta Wale has cried out to his baby mama, Michy to come back in a new video.

We all know Shatta Wale and Michy’s relationship hit the rock about a year now after some issues best known by them.

It seems Shatta Wale wants Michy Back as he first wished her during her birthday as we reported.

Shatta Wale now seems going crazy without Michy as he calls her name to come in a new video.

Shatta who seems to be in the studios was heard screaming and saying;

“Two little blackbirds sitting on the wall, one name Shatta, One named Paul. Fly away Shatta, fly away Michy. Come back Shatta, come back Michy”.

Watch his video below;

ALSO READ  Shatta Wale Shows Off His $300,000 Mansion For The First Time - video