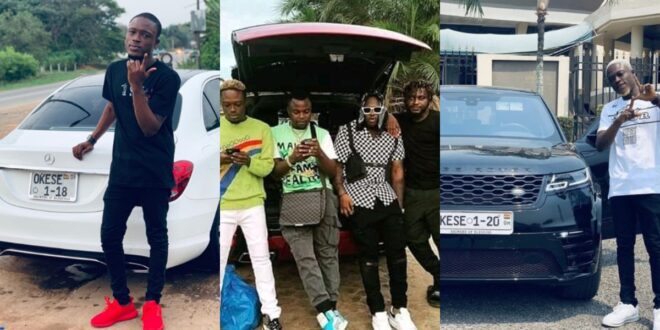 “Close friends of mine have taken me to JuJu several times to get me K!lled”- Okese1

Okese1, a Ghanaian rapper, has made startling disclosures of how people close to him conspired to get him killed by a Juju man.

Speaking with Fifi Prat on Kingdom Plus FM, the singer reported that he has been brought to a Juju guy by close friends on many occasions.

Since he is strengthened in the supernatural realms, Okese1 revealed that if certain near associates attempt that on him, he is able to sense it.

Okese1, who refused to reveal the identities of the people he said sent him to Juju, said that once he found out about it, he just cut ties with such people.

The musician was reacting to the current situation in Ghana, following the suspected murder of a 10-year-old boy in Kasoa on Saturday by two teenagers.

Okese went on to say that the practice is not only common among young men desperate for cash, but that some women often travel the same distance to fulfill their selfish desires by using Juju.