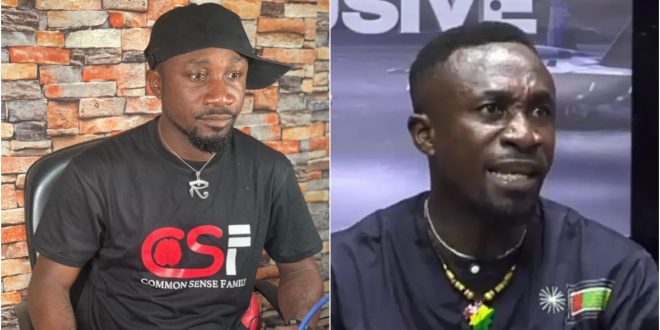 The leader of Common Sense Family, a group that criticizes against religion Avram Ben Moshe has said that Christians should worship Judas instead of Jesus Christ.

explaining his reasons for what he said in an interview with Kofi ADoma, Avram stressed that it was judas making that Christians have their so-called salvation because he caused the death of Jesus Christ.

According to Avram, Judas should also be worship alongside Jesus if not Judas alone as he also played a very vital role in bringing salvation to Christian.