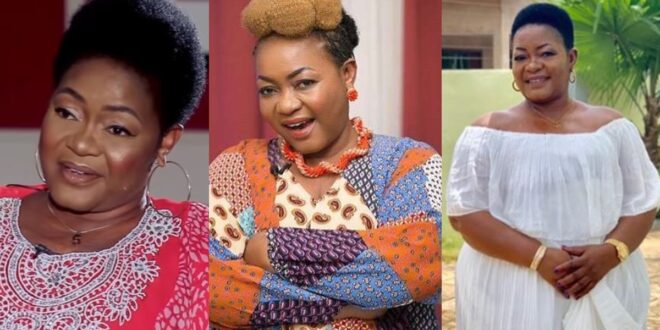 Christiana Awuni, a Ghanaian actor, has confirmed the country’s vaccine centers have a culture of favoritism with the procedures.

The actress revealed in an interview on UTV’s United Showbiz that she was on the verge of being dismissed from the vaccine center when a friend informed the nurses that she was an actress.

As she appeared at the vaccine center, the actress explained that she entered the line to avoid causing further misunderstanding or being rude to the elderly men and women in line.

When it was time for her to get the injection, she was asked a series of questions that turned into a back-and-forth between her and the nurses.

Christiana Awuni said she was advised by health officials that the vaccine is only for those above the age of 60, a point she disputes. The back and forth went on until the employees were informed that she was an actress.

The actress revealed how nurses used false statements to prevent patients from getting the vaccine, as well as the procedure structure in place at the centers. To shield the staff, she declined to say the name of the center.