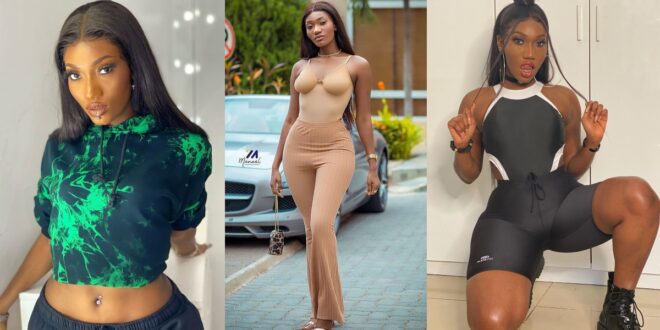 Signee of Rufftown Records Wendy Shay’s outfit has caused quite a buzz since she showed up at the birthday party of famous media personality Dentaa.

Big names in the industry like Fadda Dickson, Kennedy Osei, Abeiku Santana, and others were in attendance at the gathering.

Wendy Shay was dressed in a brown bodycon jumpsuit with a bra that revealed her curvy figure. The Rufftown Records signee recently made headlines when she announced that she is leaving music and moving to Germany to restart her nursing career.

Have a look at the dress below.

ALSO READ  Wendy Shay to sue Kalybos, Bismark, and others for using her song in their movie - Video
Share