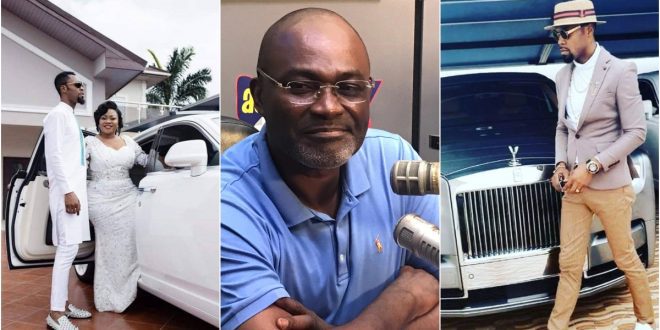 Founder and Leader of Anointed Palace Chapel, Rev.Kwaku Agyei Antwi aka Rev. Obofour has replied the Parliamentarian Kennedy Agyapong over his expose’ on Net 2 TV.

Kennedy Agyapong has been on the nerves of most Ghanaian pastors he claims are ‘fake’. he recently started investigating Bishop Obinim and brought out some disgusting revelation that led to his (Obinim) recent arrest. He pledged to carry on such investigations on other men of God until all ‘Fake’ pastors in Ghana are brought to light.

However, Rev. Obofour has dared Kennedy Agyapong to turn his investigations at him and he will show him his true nature and he is never going to forget.

According to Obofour, He will deal with Kenedy Agyapong both spiritually and physically since the God he serves has never let him down and will not this time. He added that it is God who lifted him to where he is now so nobody including Kennedy can bring him down.

“Let them dare…see I told you, people, that those people who have presenters and claim they’re rich men and are fooling on TV stations I’ll make them useless physically and physically. If you think I’m bluffing, let him dare me and I’ll expose their screenshots. In Ghana, I fear nobody but I respect Ghana. That nonsense must stop”. Obofour said in an interview.

“We’ll expose them professionally”, he added.