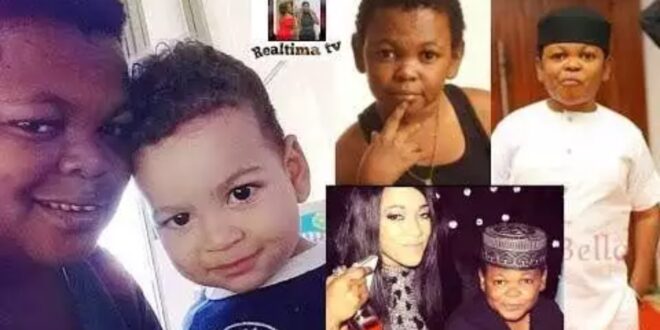 Check out photos of 38 year old Nigerian actor Pawpaw and his son and wife.

Height is never disappointment or inability and height doesn’t hinder you from attaining your objectives. That being short doesn’t mean a waste of life. We highlight one of the most popular Nigerian actors and his son, Osita Iheme.

Popularly identified as Pawpaw, Osita Iheme is an actor in Nigeria. The star has been in many Nigerian movies and he has also been in Ghanaian movies.

In a film, Osita Iheme is known to play the role of a boy, often acting alongside Chinadu Ikediezeze (Aki).

After being featured in a film alongside Chinadu Ikediezeze, the actor became famous . Since then, the couple has acted together in a variety of movies.

ALSO READ  "A lady getting to 40 years without kids should find someone to impregnate her before its too late"- Actress advises.

The pictures of Osita Iheme (Pawpaw) and his son are below.