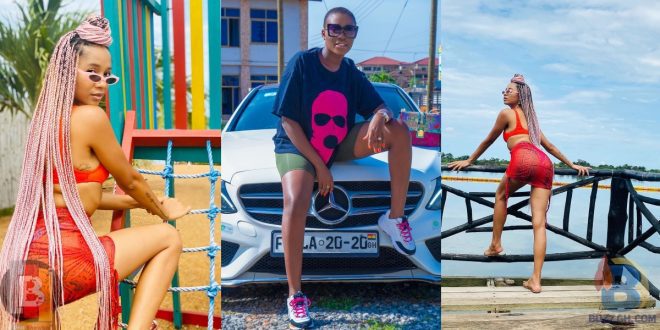 Ghanaian actress and wife of Medikal, Mrs. Frimpong aka Fella Makafui has responded to his husband’s ex, Sister Derby after she posted to Medikal, claiming she misses his ‘Uncle Obama’.

Sister Derby recently made a post on twitter which she dedicated to Medikal. The post read: ‘Where is my sweet Ex? I miss his uncle Obama’. It triggered Medikal to reply immediately.

Medikal upon replying said, “This might be too risky”, which caused a lot of discussions on social media.

Fella Makafui, following her husband’s reply also retweeted, claiming his husband made the right choice dumping Sister Derby and coming to marry her as she calls her an old woman.