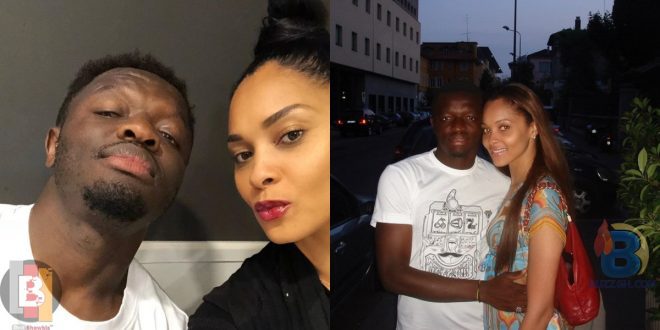 Check out cute photos of Sulley Muntari and wife, Menaye

Former Midfielder of the black stars of Ghana, Sulley Muntari has been married to a Canadian – Ghanaian businesswoman, Menaye Donkor since December 2010( a decade now), and their marriage seems to be moving from glory to glory.

Menaye Donkor was brought up by her parents in Accra, Ghana, and is the youngest of seven siblings with four brothers and two sisters. At the age of seven, she inherited the job title of “Royal Stool Bearer” for her paternal grandmother, who is the Queen of Agona Asafo.

Partaking in a challenge on social media recently, Menaye shared some photos of herself and Muntari on date nights.

“For those of you who miss date nights with their significant other because of quarantine regulations. Here’s a 6 HOUR CHALLENGE in the spirit of getting back to some what “normal”,” she captioned.