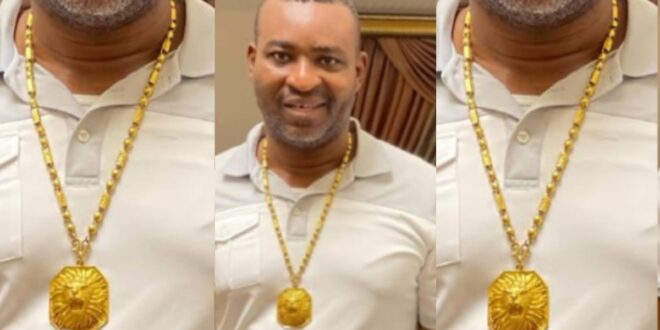 Chairman Wontumi, who went viral for his bad grammar, has made headlines once again, this time for his golden chain.

The Ashanti Regional Chairman of the New Patriotic Party (NPP) Government is well-to-do.

Remember how, somewhere last year, the outspoken NPP stalwart took out about six gold bars on live television, showing that he has actual wealth and not bank money?

ALSO READ  Video: Fella Makafui finally reveals the number of tattoos she has on her body

below are his photos;