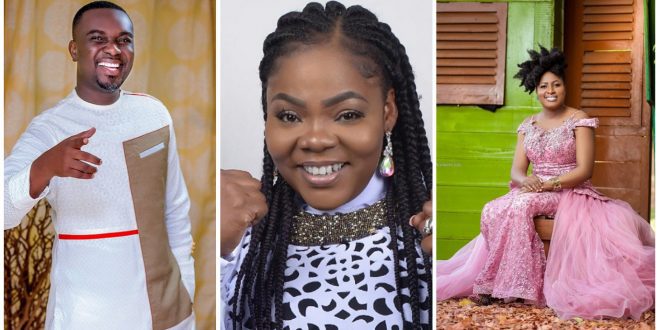 Ghanaian gospel artiste Celestine Donkor has revealed what she believes to know the cause of her colleague musician, Patience Nyarko attack on Joe Mettle.

In the early hours of, a video popped up where Patience Nyarko was on the nerves of her colleague gospel musician Joe Mettle during an interview she was granted on one of the radio stations.

According to Patience Nyarko, Joe Mettle is being ‘overhyped’ by Ghanaians just because he sings in English. She went forth claiming Joe Mettle had no song of his own but only does sampling from old Methodist and Pentecost songs.

No one knew the reason for her attack on Joe Mettle as there were no signs of friction between the two. Joe mettle and his management have not yet reacted to Patience Nyarko’s claims.

Recently, their colleague Celestine Donko has revealed in a post on her social media handles, the reason behind all this beefing. according to her, Patience Nyarko wants to catch the attention of Joe Mettle as she is still single.

It is believed Celestine Donkor cracked the joke to calm down tempers as they all try to resolve the beef rising between the two gospel musicians.