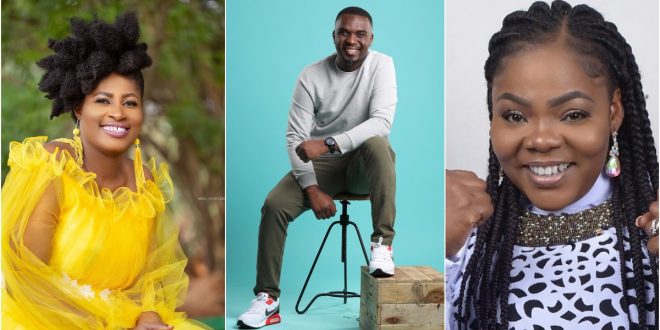 According to Celestine, there wouldn’t have been any beef if patience Nyarko had not set in anger when she was interviewed that day while speaking on Joe Mettle’s issue.

She added that Patience was probably trying to show that the Gospel industry shouldn’t be evolved around one person but lack of communication, she messed things up.

“She wanted to communicate something important, that an industry cannot be built around one person. However, she could have done that nicely without temper,” she stated.

She also went on to advise the media to be very careful with the kind of questions they ask since some questions could stir up controversies and raise tempers. “I really want to talk to the media who ask these questions to arouse controversies. They are also not helping matters because, for some, their questions raise unnecessary comments and competition,”

She added that: “Patience Nyarko is a brilliant singer, she has good messages and Obi Nyanime and W’afom Kwan are great songs and she won a lot of hearts for that. I will tell her to maintain her focus, besides, it is not necessary that as an artist, you must write your own songs

ALSO READ  #DateRush: "The boy i got from the show likes Doggy style a lot"- Sandra Idara

“Some artistes are not composers, it is okay that you find someone to write for you or do cover versions. At the end of the day, if Joe Mettle won like 1,000 souls with Pentecost or Methodist Hymns, that is hurray,”