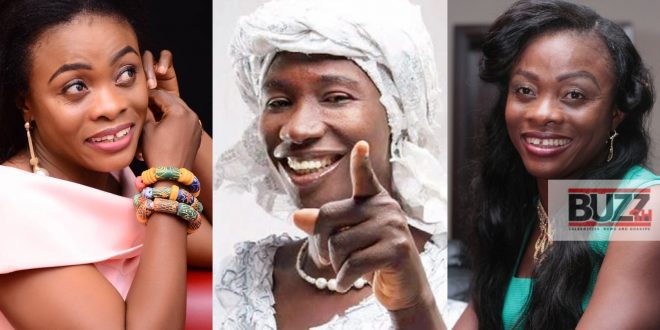 “Cecilia Marfo spitting in people’s mouth in the name of miracle is bad and she must stop”- Diana Asamoah.

Gospel musician Diana Asamoah in an interview with fiifi Prat, disclosed that Cecilia Marfo is a very good friend of hers and they even go to the same church and have the same music producer.

According to Diana Asamoah, Cecilia Marfo was spitting in people’s mouths in her one-man church with claims that it heals the sick.

She said when she first heard and saw it, she called Cecilia and advised her to stop because it was damaging to her and the church of Pentecost.

“Cecilia is my good friend we were all working under one producer…but I didn’t like it when I heard she has been spitting into people’s mouth in the name of miracles”.

She continued: “I called her to stop that act, not only me but the church of Pentecost also called her on it”.