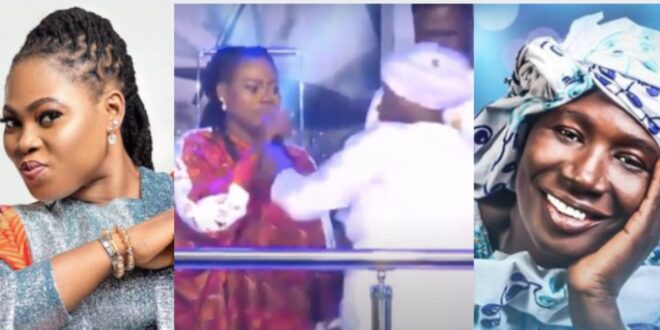 Cecilia marfo speaks for the first time after the Joyce blessing incident (video).

gospel musician Cecilia marfo has for the first time spoken on the incident between herself and Joyce blessing.

earlier last week,  she was trending on all social media platforms after she took the stage and snatched the microphone Joyce blessing was using to perform from her.

Cecilia then went ahead to tell Joyce blessing to go back to her marriage.

social media users were furious at what he did and many insulted her for it,  to Celia herself have been very quiet about the issue and so now.

speaking on what happened she revealed that even though most Ghanaians were angry at her,  there was a small portion of the general public who were very happy at what she did.

she said she has received gifts from people following the incident,  she added that people understood she was asking about the Guardians of the holy spirit and have no control of what she was doing.