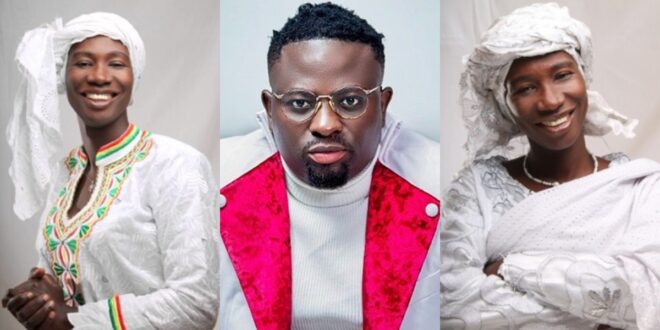 Brother Sammy has added his voice to the ongoing saga about Cecilia marfo ad Joyce Blessing.

It all started when Cecilia marfo snatched a mic from Joyce Blessing whiles she was performing and ordered her to go back to her husband.

Brother Sammy who has gotten his fair share of such Humiliation from the same Cecilia Marfo has disclosed that she has a mental condition that was still under treatment.

Brother Sammy was slapped by Cecilia in public after she prophecied to him some time ago.

According to brother Sammy, Cecilia Marfo did not even call Joyce Blessing when her marriage was collapsing to ask her what was causing the Divorce.

He added that Cecilia has slept with two of her junior pastors and her mental problem was still not gone yet.