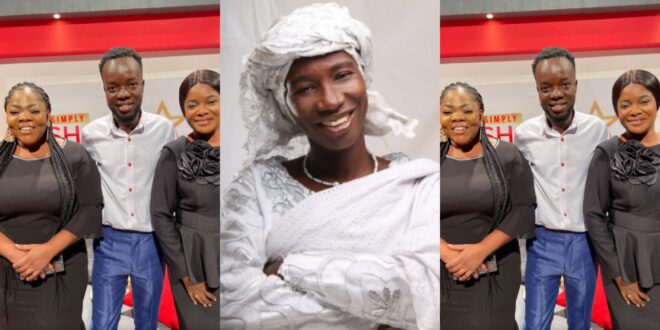 Gospel Musicians celestine Donkor and Ohemaa Mercy along with highlife artist Akwaboah, have reacted to the viral video in which Cecilia Marfo embarrassed Joyce blessing on stage when she snatched the mic Joyce was performing with and told her to go back to her Divorced husband.

Celestine Donkor, quoted from the Bible when reacting to the video saying, if God gives a message, the messenger should apply wisdom.

Ohemaa Mercy who was also in the same studio, also said what Cecilia did was not the way it would have been better if she told Joyce privately what God has said.

Akwaboah also sided with them, saying what Cecilia did was very embarrassing.