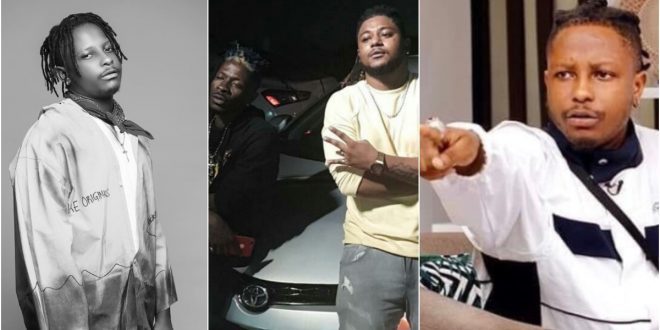 The recent beef in the music industry has rested on the shoulders of Kelvyn boy and Captan of the S.M-militant as Captan finally replies in a very angry manner to Kelvyn boy’s latest comment about the S.M-militants.

Kelvynboy recently revealed that the  S.M Militants have been on his tail begging him behind closed doors just to feature on their upcoming project.

This comment Kelvyn boy passed hit some members of the S.M-militant hard especially Captan and has got most of them reacting.

According to Captan in his reply, Kelvynboy should be very careful with his dealings and check does he mess with if he wants to remain relevant in the music industry for the years ahead.

He passed a strong warning to the former Bhim nation signee not to mess with the S.M-militant and also added he will attack him(Kelvyn boy) where ever they meet.