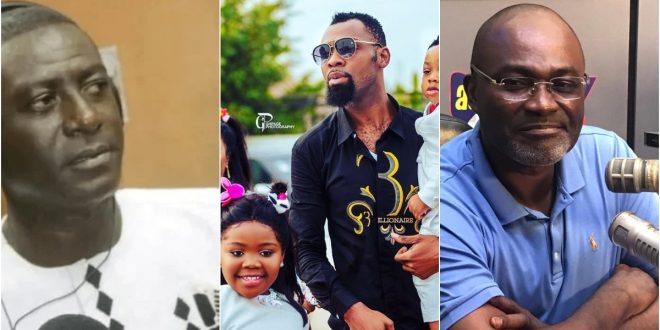 The former employee of Multimedia Group Godsbrain Smart popularly Known as Captain smart has revealed a secret that has to cover why the Hon. MP for Assin Central Kennedy Agyapong has decided to take it slow on Rev. Obofour in his current expose’.

Kennedy Agyapong started his investigations on fake pastors to bring them to light in the early months of this year 2020 and has exposed many pastors including Bishop Obinim who was recently processed for court.

In his journey to expose the fake pastors, he came out publicly to inform the media can not force him to attack Rev. Obofour as many circulated a video of Obofour given out a stern warning to someone they assumed to be the Hon. minister.

Kennedy Agyapong has overlooked the social media influence for him to deal with Rev.Obofour due to his personal reasons revealed by captain smart in his interview with Kofi TV.

Captain Smart showed up in the interview with Kofi TV purposely to talk about why he left Multimedia and other matters.

But as the conversation progressed, He talked about the ongoing feud with Pastor’s against Kennedy Agyapong as he commended Rev. Obofour over some good works he is doing behind cameras that have made him love the man of God so much and think that’s the main reason why Kennedy Agyapong has paused his expose.

“Rev. Obofour is one of the philanthropists Ghana has ever gotten as to he is the one taking care of so many peoples to the extent of taking the responsibility to pay for over 500 university students fees and have built so much house for others. He said you don’t judge someone from what you’ve heard from the person but rather you have to get close to the person before you hate” said Captain Smart.

“Recently, Rev. Obofour sent a woman to Sweden and paid 9,700 US Dollars for surgery on her. Rev. Obofour is a very good man and despite he has flaws that don’t mean he is a bad person.” Captain Smart added.