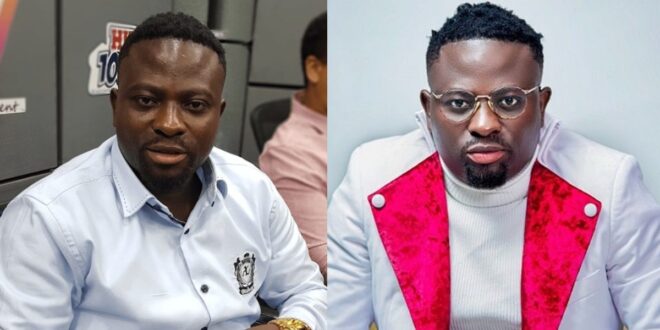 Brother Sammy, a Ghanaian gospel musician, has spoken of his meeting with a divine angel.

Brother Sammy said in a radio interview with Okay Fm that he saw an Angel on a bicycle.

Brother Sammy described his experience with an Angel as follows: “I went to Mankessim Community Centre for an event where I performed to raise funds for a church,” he said.

He admitted that he was not a full-time Gospel singer at the time.

The pastor and his wife, on the other hand, bolted with the funds during the fund raising.

Unfortunately, he only had 5 cedis in his wallet when he boarded the bus back to Kumasi.

He announced that as he was about to board the bus, a young man on a bicycle approached him and expressed his admiration for his success at the event the day before.

Brother Sammy went on to say that the young man handed him an envelope containing GHC500 and that just as he was about to thank him, he vanished.

He said that the young man was an angel who appeared to him.