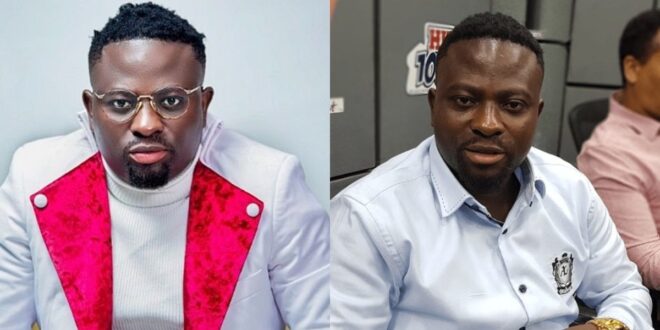 Brother Sammy, the Nation’s Worshiper, has announced that he now lives in the same house with four Ashawo women.

Bro Sammy was interviewed in the studios of Nhyira Fm, where he spoke about turning some ladies for good by pulling such a stunt.

Bro Sammy said the following when asked by the host, Ogidi Brown, if he has reminisced about the implications of staying in the same room with ashawo ladies:

“in fact, this thing can collapse my marriage but I am doing it for a purpose. I want to change them. I don’t want them to go to ashawo hoods and joints again and at the right time, I will rent a house for them”.

To transform these Ashawo women around for good, he was willing to stage a concert in Vienna City.

Some time back, it was revealed by Bro Sammy as he claims to hold a program inside Vienna City, a night club in the Garden City, Kumasi.

Bro Sammy, speaking to Luv FM’s DJ Reuben, called modern Christians hypocrites for refusing to identify with others they deem to be sinners.