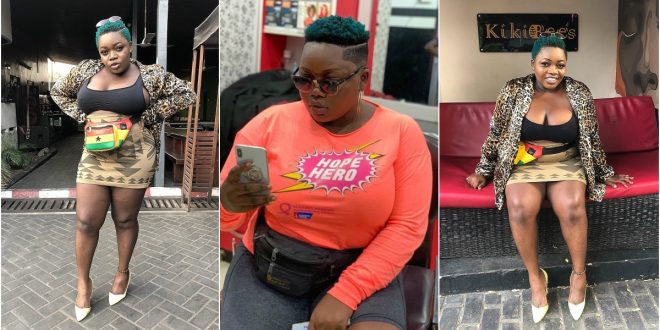 Brother Of Queen Haizel Breaks Silence On Her Death – video

In about 2 – 3 days ago, it was reported that the Ghanaian songstress and nudist queen Haizel had passed on. At the time of the reports, people were still skeptical about what caused her to lose her life as there were no official reports to justify the news that was fast spreading.

Finally, the brother of the songstress has come out to open up on matter about the ongoing rumors as he confirms her sister’s death and gives full details.

Taking to an interview with Zionflix, the brother of Queen Haizel attested that her sister is indeed dead and she died out of a serious accident that totally destroyed part of his face so she is hardly identified.

he revealed that due to the fact that the face of the dead body was disturbing as is was seen destroyed and not that clear, other members of their family had to come to check on the body for a final identification.