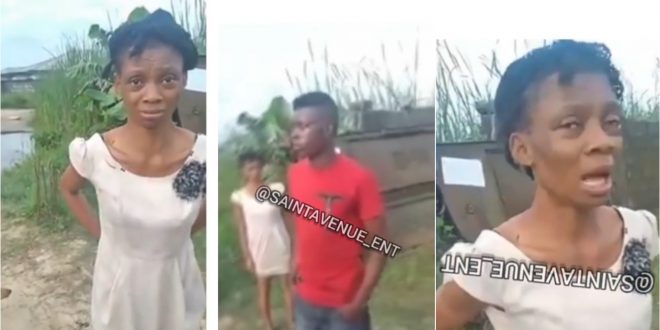 We have chanced on a viral video which a mother and her baby was seen beaten by brother-inlaw for reasons that they disturb his sleep.

the mother in the video as we sighted disclosed that the brother-in-law slapped her baby, beat her up, and push them both into a gutter.

the lady explained that her brother-in-law beat her and her baby because the baby was crying and he claimed they were disturbing him.

she revealed that she and her baby moved to stay with the brother-in-law because of the financial problems her husband was facing.