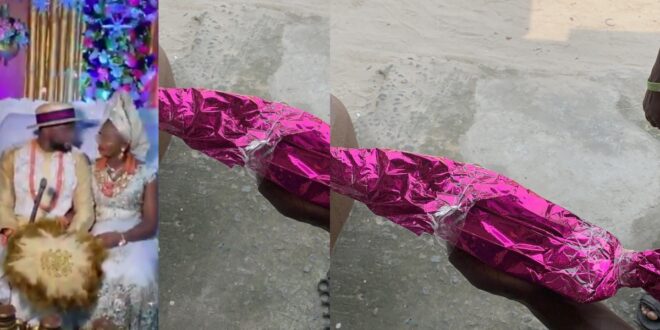 The tale of how her biological sister got a cutlass as her marriage present has been posted by a Twitter user.

The puzzled Twitter sister @baddestchef shared her confusion when she wondered whether anyone would offer a cutlass to her sister.

“She wrote: “Why would someone send a wrapped cutlass to my sister as a wedding gift? ”

Her tweet caused a number of different reactions by users on the social network of micro-blogging.