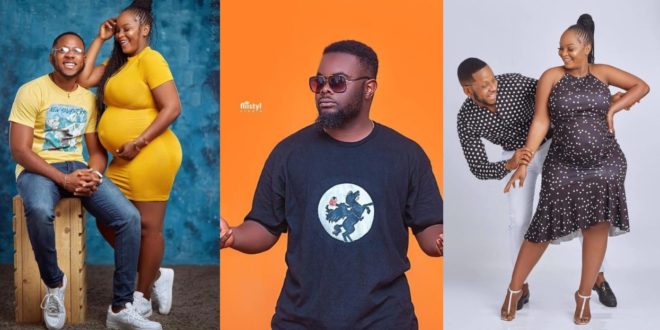 Actor John Peasah popularly known as Bra Charles or Drogba in the popular YOLO TV series is not happy with Ghanaian on how they are dragging his colleague actor and friend, Aaron Adatsi following news of his childbirth.

Aaron Adatsi who was also known as Cyril recently took us aback with the naming ceremony of his newborn child. Social media became flooded with reactions from a torrent of users but many were those who ridiculed the new father.

based on the fact that he was mostly captured in the TV series for preaching in support of abstinence – people say he did not practice what he preached since he has given birth without being married.

Well, his colleague actor Bra Charles has jumped to his defends, and in an Instagram post, he advised Cyril to forget everyone and enjoy his life. he stressed that no one is perfect.

in his own words, he wrote: “Bro forget everybody ..we’re all not prefect…anyone who think is perfect should cast the first stone …remember these words in Yolo …Just know we Dey your back …all the best bro❤️”