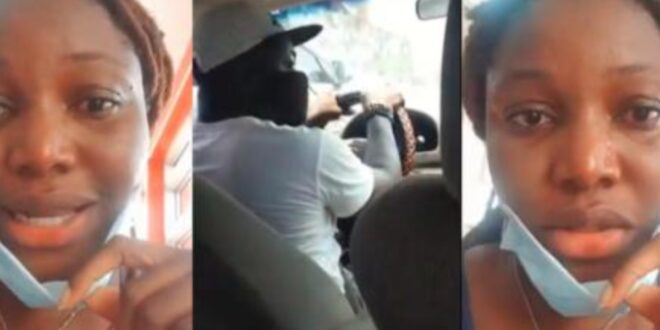 Olukola Bolade is a Nigerian lady crying out loud as, after her ride, a Bolt driver reportedly refuses to let her out of the vehicle. 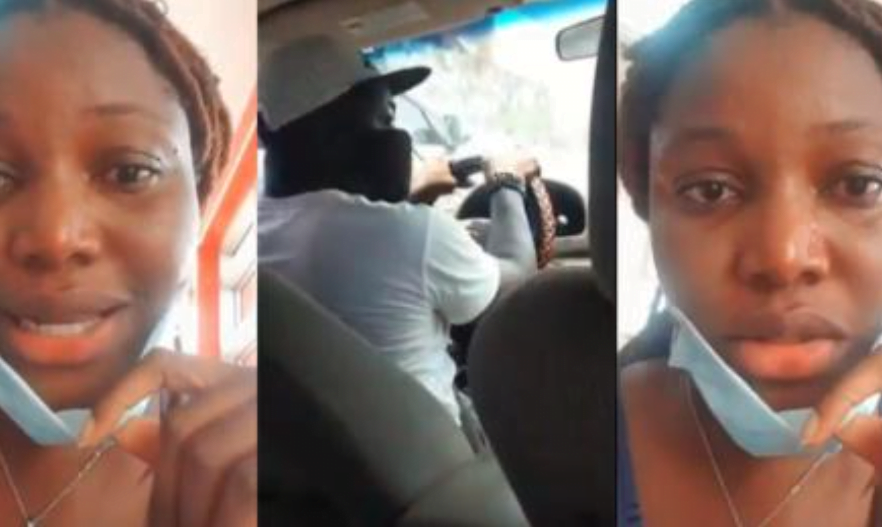 This piece of sad news followed by repeated tweets and videos offer a sad account of this lady stuck in the car by this driver who was pulling and denying her exit.

She ended the trip halfway, according to Olukoya, when she felt that her life was in danger, but this man said he was not going to allow her to safely get out of the car.

She said that she was terrified of her survival. She later posted a restaurant post to remind everyone that she was OK.

Olukoya says that to escape, she had to climb out of the car. She explained in tears that she was waiting for her dad’s driver to come and pick her up.

below are her tweets and some reactions; 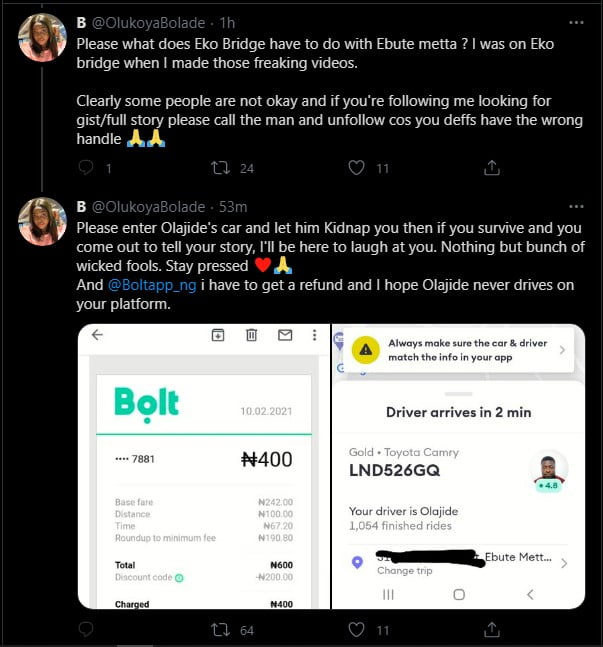 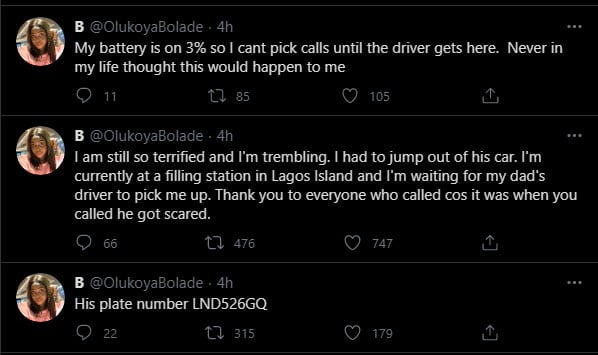