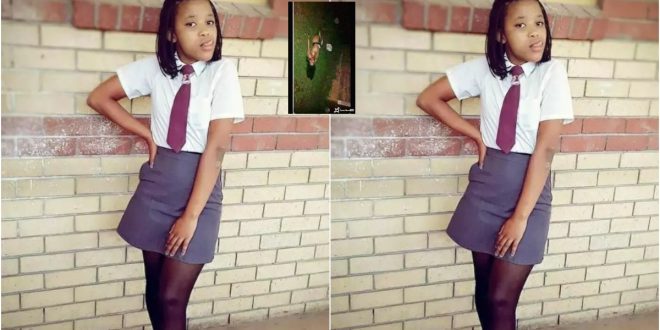 The body of a 17-year-old girl identified as Amahle Quku has finally been found after she was raped and murdered.

her body was found on  Albert Luthuli Street, South Africa in Browns Farm yesterday morning at around 7 am.

Amahle was found naked with bruised all over her body when her lifeless body was found.

after the incident, Mandulele Quku the mother of the 17-year-old girl said;

“Amahle was not a problematic child, “she would do her home chores and then go to visit her friends”.On Saturday morning her brother showed me her naked picture that was doing the rounds on Facebook, with people sending their condolences,” which I could not believe that it was really my daughter and I am asking my self why she had to die like that”

the Western Cape police spokesperson Andrè Traut said investigations have since begun due to the circumstance surrounding Amahle’s death;

“The circumstances surrounding her death are being investigated by Nyanga police”.