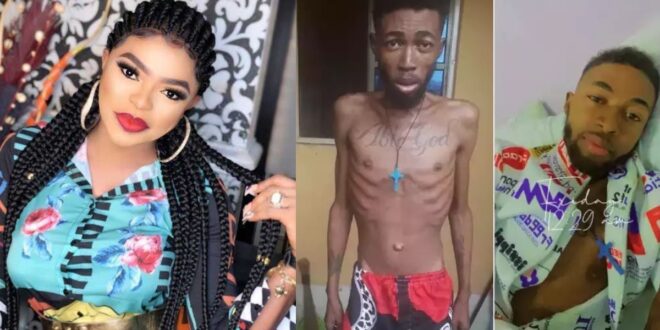 See a recent photo of Solomon looking healthy a month after Bobrisky helped him with his leukemia.

Giving from the heart isn’t about a person’s power or wealth; it’s about a person’s desire to support others who are in need. See what Bobrisky had to say about Solomon Eguntola Kolawole after a few months of assisting him.

Solomon was suffering from a severe illness a few months back, and he said that he wanted funds to pay for his care. Solomon received medication thanks to Bobrisky and other Bobrisky colleagues, and he is now in excellent health.

He posted his latest images with Bobrisky to show his appreciation for her kindness and well-being, as she said in her tweet.

In his post, Bobrisky said “He didn’t want to die when he contacted me. I promise him that he will not die and that I will do anything possible to save him. If he’s still alive today, please give me his new look. Don’t just show off your wealth while you can’t support people, Solomon Kolawole. I’m glad you’re doing well.”

This are the words of those who take pleasure in assisting others and watching them improve.