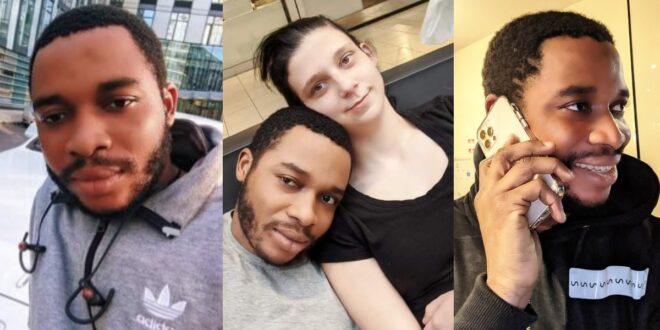 Twene Jonas aka Glass Nkoaa is fuming at Achimota School and GES for refusing to admit two boys due to their dreadlocks.

Since the school accepts Caucasian students with long hair, the social media commentator voicing his mind on the matter, which has sparked a nationwide controversy, says the move further reinforces his assumption that Africans are more racist than any other race.

“If you want to know which people are racists, it is Africans, I say this every time but leaders like Nana Addo will deliver speeches against racism, the racism is in Ghana there but you can’t give a speech about it,” he said.

He described his racism encounter by saying, “Me, I am a survivor, there was a boy who sat next to me in school, his name is Zayid.” He’s from Pakistan, and he kept his hair until we finished, but we were in the same class, and as my hair grew a little longer, they sacked me from class to go to the barber.”

“I have lived with both white and black people, and I can assure you that the race that hates its own people is the black race, so they will always accuse whites of being bad,” he said.

Twene Jonas expressed his dissatisfaction with the situation by using unprintable terms to identify GES officials when taking the opportunity to demonstrate how life is lived in America in a very relaxed way.