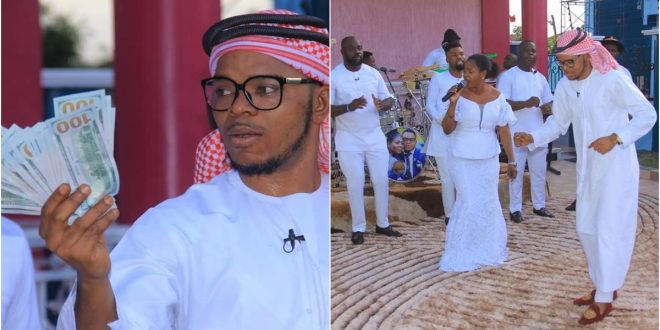 The Head and founder of International God’s Way Church, Bishop Obinim has organized a special service to thank God following his release from Police custody on Saturday.

The controversial preacher was arrested for the alleged publication of false news and forgery of documents contrary to sections 208 and 159 of the Criminal and other offenses Act, (1960) (ACT 29) respectively.

He was given conditions to fulfill before he would be granted ball. the conditions included, a fine of 100,000.00, three sureties, and one person to be justified. It was initially circulating that the man of God wasn’t able to see to these conditions but his family has refuted those rumors.

Reports reaching our front desk has it that, Obinim has been granted bail for meeting the conditions the Friday 22nd May 2020. He has been scheduled to appear in court on June 1 while investigations continue.

Well, on Saturday afternoon, Bishop Obinim organized a mini thanksgiving service to celebrate his victory of a sort.

Check the Photos out: