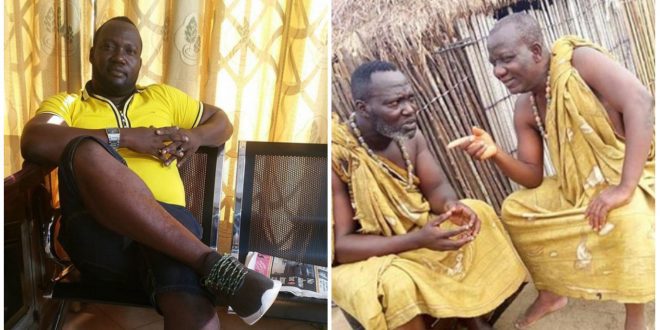 Another controversial revelation has been made concerning the death of Kumawood actor Bernard Nyarko. This time, his colleague and closest Friend Ogyam has revealed that Bernard Nyarko died through JuJu.

Here in Ghana, surrounding the death of stars with mysteries has become something usual. Following the Death of Bernard Nyarko, there have been several nasty rumors circulating around trying to explain the cause of his death. This is the same when Ebony died some years ago.

In an interview, Ogyam confirmed news circulating that the family of the late Bishop did not allow Kumawood stars and the press to visit him while he was still in critical condition.

he added that the late Bernard’s constant criticism of the movie industry amazed him because it was the same industry he labeled evil that made him.

Ogyam submitted that Bernard Nyarko when alive had gone to seek extra spiritual help from a JuJu man which later resulted in his death.