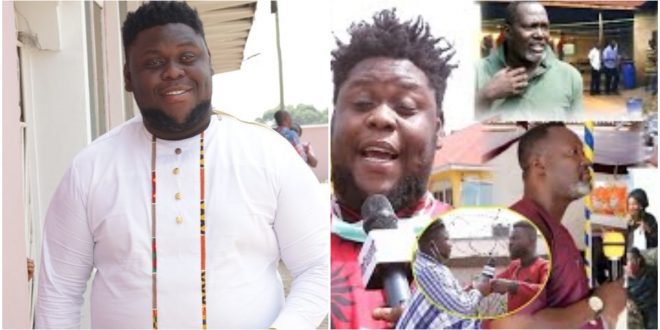 Kumawood actor Oteele has shared a memory he says he will never forget of the late bishop bernard Nyarko. He said this memory is how the late Bishop Bernard Nyarko delivered a possessed lady during one of their movie shooting.

He narrated that, during one of their production, an actress who was to play a role in a river started overacting which made them wonder why she was behaving in such a manner.

The late actor knew that the lady was been possessed by another spirit so he requested the lady be brought into a room where he prayed and cast out the spirit.

Otelee explained that though they knew what was happening, he and his other colleagues around were just making fun of the whole situation.