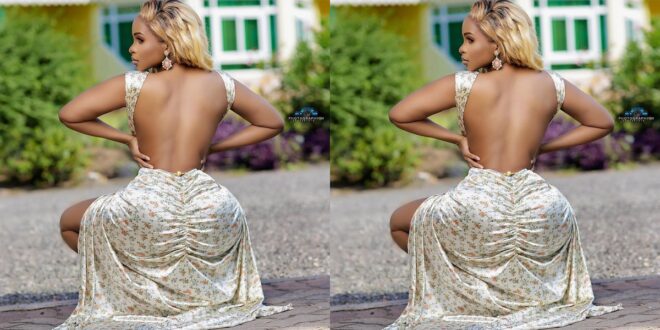 Ghanaian actress Benedicta Gafah has shamed critics as she finally displays her raw A$$ in a new photo. 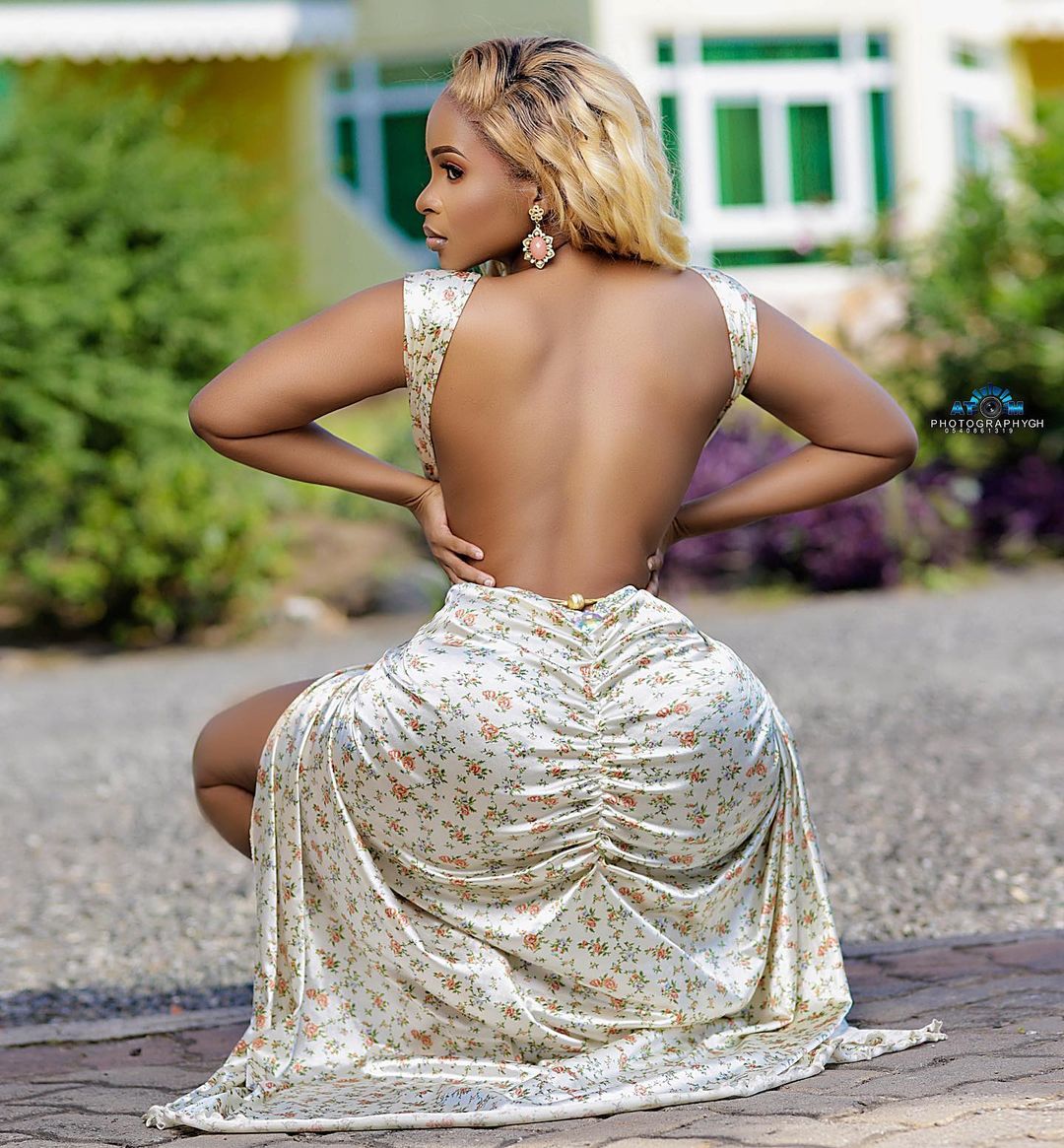 the actress is among celebrities who are always being blasted by netizens for faking their body.

Benedicta Gafah has been spotted severally with some signs in her dress which many people claims she has been wearing hip pads to make her A$$ and hips looks broad and s3xy.

well, to brush all these comments, the actress has actually displayed her raw things to prove everything under her dresses is real and not fake.

she was spotted in a hot bikini dress displaying her huge and gargantuan A$$.

ALSO READ  Shatta Wale Storms The Birthday Party Of His Daughter, Surprises her With New iPhone, Laptop And Cash - Video 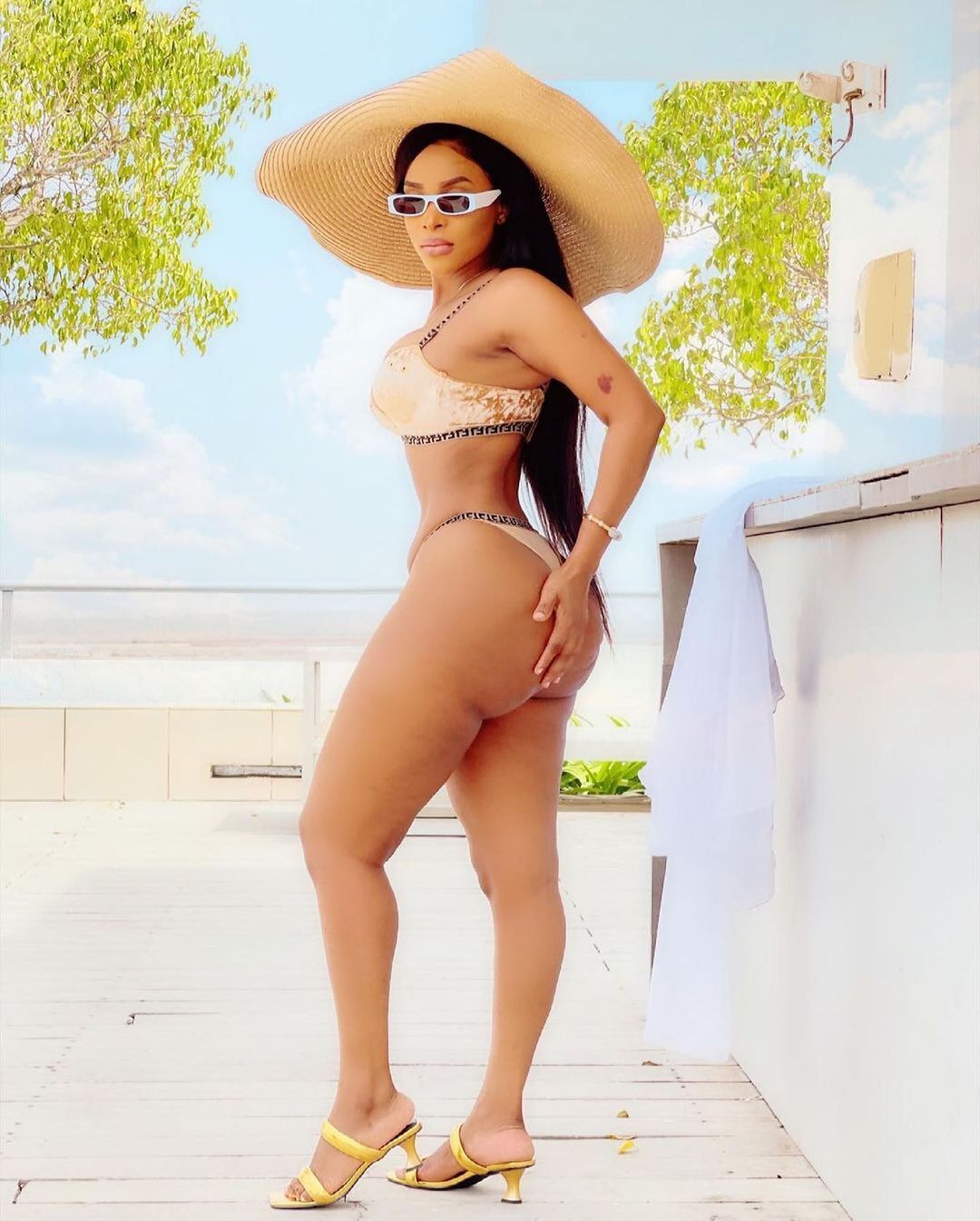