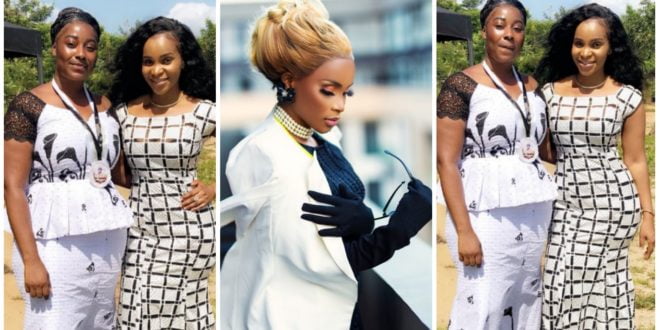 Ghanaian actress Benedicta Gafah has taken to her social media handle to mourn the death of her childhood best friend – whom she identified as Maame Esi.

The death of Maame Esi has deeply affected the screen goddess as they were more than sisters and her pain has been evident in a condolence note the actress penned down for the deceased – infant the actress is heartbroken.

From her note, you could feel how close they were and the beautiful bond that they shared together. In the lengthy and powerful note, Benedicta Gafah wrote:

“My dearest friend who turned into a sister. 8years of friendship and you showed me the true meaning of what friendship was. Your loyalty, patience, and selflessness were rare.”

“If only I had known last dawn would be my last time talking to you, I would have stayed on the phone with you till daybreak,” The actress continued.

Benedicta Gafah finally added “We took our life decisions together, from going to school, working, and living a healthy lifestyle. We shared almost the same goals and beliefs. Still can’t believe you are no more. Rest in heaven MAAME ESI. Until we meet again Best Freind 🕊😢😭💔💔🙏🏽”