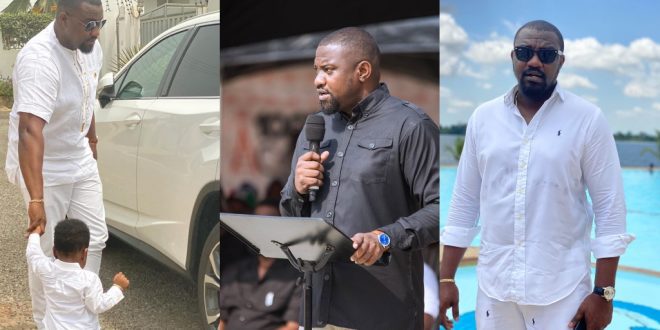 Ghanaian actor who is now into politics John Dumelo has disclosed that being in politics is not to fail the people but to serve them.

according to John Dumelo in his reaction to Sammi for claiming he shouldn’t disappoint his people when he is elected to power when he(John Dumelo) fails the people he has failed God, hence he is here to serve especially the youth.

speaking in an interview on Accra100.5FM’s Entertainment show, the aspiring MP for Ayawaso West Wuogon  said;

“That’s what I keep telling people; when they say: ‘Politicians are the same when John goes there, that’s what he will do, too’, I always tell them that: ‘Look, if I fail the people, I’ve failed God, that’s the truth of the matter’.

“So, I can’t be a Member of Parliament and fail then that means that my whole political life span is a good four years. We all know that every politician or anybody who wants to be a member of parliament wants to do 8 years so that he knows that, yes, he also came to serve people. And, so, I’m looking at the future of being in politics and, so, I’m not here to fail; I’m here to serve humanity and let everybody have a prosperous life”

“I’m appreciative of what he [Samini] has said and I think for me, it’s a compliment. I just hope and pray that the thing, I can’t do it all alone; for everything to be possible, we all have to unite. When I become a Member of Parliament, I need everybody on board who can help me so everything will be successful in Ayawaso West Constituency. So, I’m not here to fail, I’m here to serve the people; I’m here to represent the youth especially, in Ayawaso West Constituency.”