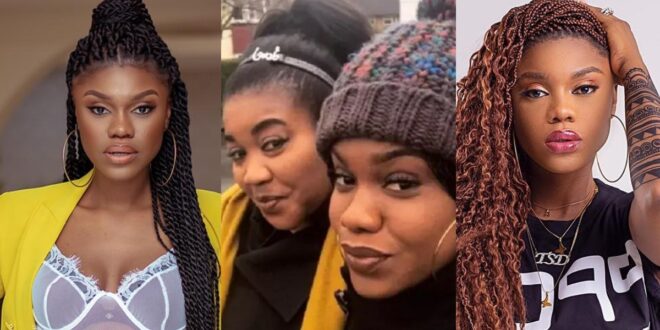 Ghanaians have cursed and criticized Becca for refusing to attend her own mother’s funeral.

An outraged Ghanaian public has hurled curses and threats at singer Becca for failing to attend her mother’s funeral.

Becca’s mother was laid to rest on 20th February 2021, but the award-winning singer who had a falling out with her prior to her death was absent from the service.

Family and close friends were present to pay their respects to Madam Julie Yiadom-Oti in videos that have gone viral, but there was no sign of Becca.

Pari and Gabriel, Becca’s two siblings, read their tributes alongside others.

Many people have been shocked by Becca’s cold behavior toward her mother, and they have expressed their thoughts on the trending subject.

Check out a few examples below.