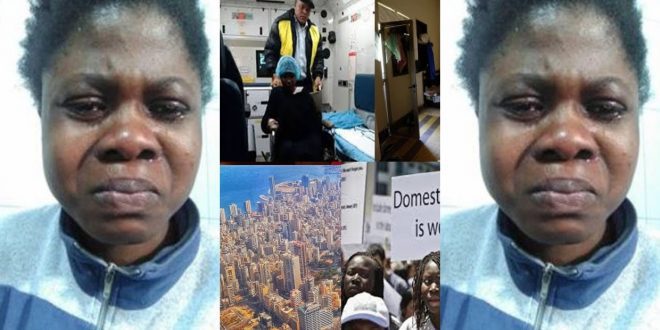 A pretty Ghanaian lady have been killed in lebanon.

This happened just 18 hours after she sent a distress call to an activist group that she was suffering abuse at the hands of her employees.

She was a Ghanaian Maid working there.

About 18 hours after she sent the message on the 13th of march she was found dead. Faustina’s body was discovered in a car park under her employers’ fourth-story home in Beirut’s southern suburbs, between 3 and 4 am on March 14.

forensics say she died as a result of a head injury.

listen to her last message below.