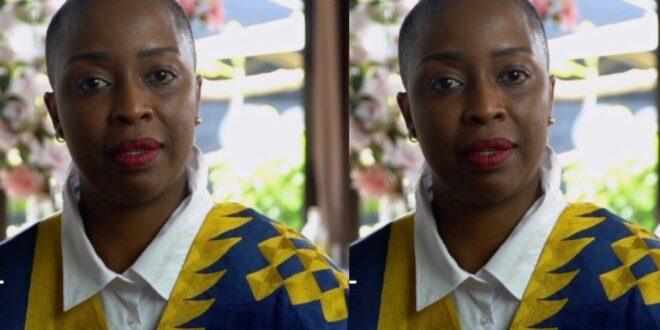 Hers is a classic story of a woman who rose from obscurity to prominence; it is a tale of a hardworking woman motivated by a desire to make a difference in the world.

The girl who was sent to bomb Dr. Kwame Nkrumah when she was 13 years old is now an adult and in agony, and she spoke out in a video. Souadou’s only hope was schooling and a desire to take advantage of the possible chance to ascend the social ladder. He was born and raised in Dakar, Senegal’s capital.

She went around looking for a career to help pay for her studies whilst she was there.

Souadou walked past the famed Ritz Charlton, a classy hotel inside a large mall in Tyson Corner, while loitering.

The high-end premise’s magnificence and ambience melted her heart before she gave in to her burning impulse to check in and ask for a chance.

The only job available was that of a toilet cleaner, which the young Senegalese gladly accepted.

She served in that role for many years while still conducting her research. Souadou was promoted to the establishment’s management committee after finishing the training, and she learned the ropes from there.

“During my studies, I worked as a cleaning lady. I landed in a country where the sky is the height, as they say. During an interview with the BBC, she said, “My vision was to be part of the management.”

She would later return to Dakar with the desire and plan to open her own hotel with expectations that were comparable to, if not higher than, those she had seen and worked with in the United States.

The ambitious lady, however, ran into financial difficulties and had to obtain bank assistance to raise her wealth. This was also not straightforward, as many financial institutions turned her down.

“I didn’t have guarantees, and I realized that banks in my country were not structured like banks in the United States, where guarantees are required,” she recalled.

Fortunately, one of the banks took a chance on her and gave her a loan, which helped her turn her life around.

“It wasn’t easy; I was told you wouldn’t go very far, that this isn’t a woman’s thing, and so on,” the businesswoman said.

Her boutique hotel, The Psalms, opened in 2017, and her ambition is to conquer Africa and even expand beyond it. Her business is managed by women, who make up 80% of the workforce, while men make up 20%. The hotel employs 60 people. Souadou argues that women are natural leaders who need no experience to operate large corporations.