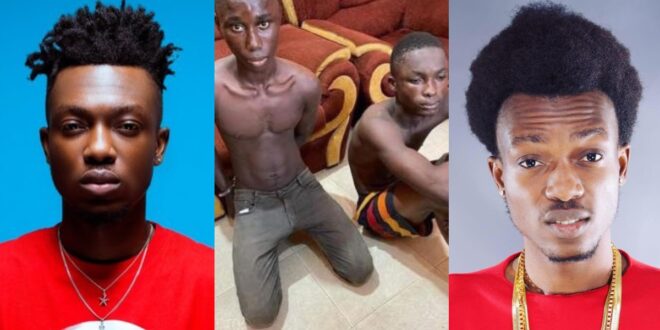 Rapper Opanka has called for a ban on all commercials that show children how to make money the quickest and most crude way possible.

His interest is in line with the public indignation that has engulfed social media in the wake of two teens killing a minor for money rituals. The two lads intended to use the dead for money ritual, but their idea backfired when their wicked scheme was discovered, and the cops stepped in quickly.

According to Graphic Online, two teenage boys, ages 16 and 17, are accused of luring their victim, a 10-year-old boy known only as Ishmael, into an unfinished building and killing him.

They are said to have struck him with an object, killing him instantly. According to reports, the incident occurred between 5 and 6 p.m. on Saturday, April 3, 2021, in the Kasoa suburb of Lamptey Mills.

In light of this, the Tema-based rapper has called for an absolute ban on all TV advertisements that encourage money rituals, which has become increasingly common recently.