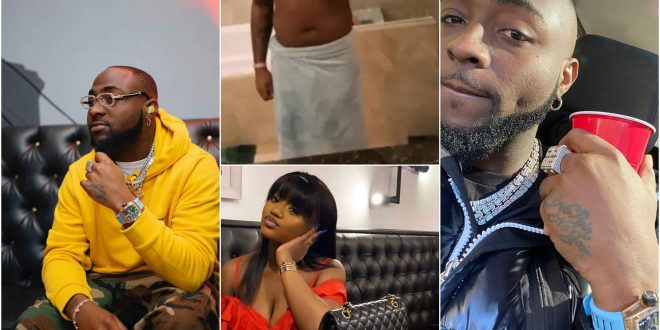 “Baby You Are Sweet In The Middle” – Chioma All Over Davido As She Flaunts His Huge D!ck (Screenshot)

Chioma the baby mama and the current girlfriend of Nigerian singer Davido is all over Davido’s manhood in a new post.

Read also; All is not well; Davido and Chioma Unfollows each other; 2020 wedding might not come on (screenshot)

Chioma has expressed what she has been enjoying in between Davido’s legs as she shares a photo of it.

Chioma shared a photo of Davido in the bathhouse as he wraps on a towel making his d!ck drawn in it.

She then captioned that Davido is sweet in the middle.

“Baby ur sweet in the middle”