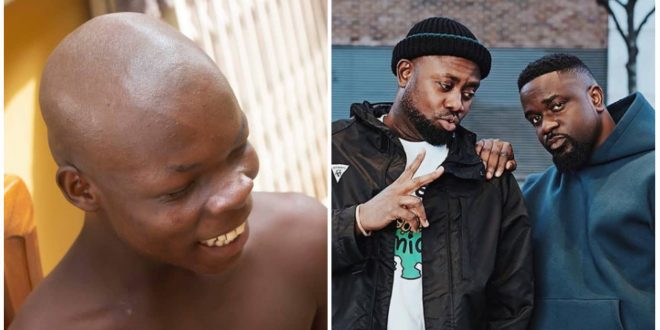 Ghanaian internet sensation and self acclaimed face of GH rap who is fast trending, AY Poyoo has fired some shots at Sarkodie by claiming he is far ahead of sarkodie.

According to Ay Poyoo, he is the greatest of all time and not sarkodie. he maid this declaration in an interview. He told the host to forget about the CEO of the SarkCess Music because he has come to stay and control the rap genre in Ghana.

When asked to name 5 top rappers in the industry, he mentioned his own name throughout the list.

Ay Poyoo became noted when a couple of his wackiest covers went viral on social media granting him opportunity to be interviewed on various TV stations to give freestyles.