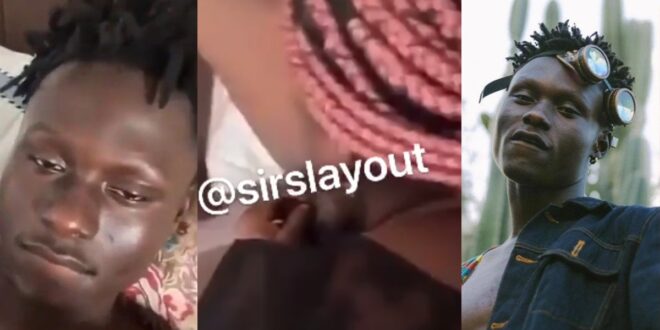 Only 48 hours after Kumerica received the best fan army award at the 3Music Awards, a video of Jay Bhad getting BJ from a Slay Queen has appeared on social media.

Jay Bhad, who seemed to be in heaven at the moment, was resting like a p0rn pro on his bed as he got the magnificent BJ in the frame.

Since the video was leaked online, Jay Bhad has disappeared from social media.

Check out the video below.