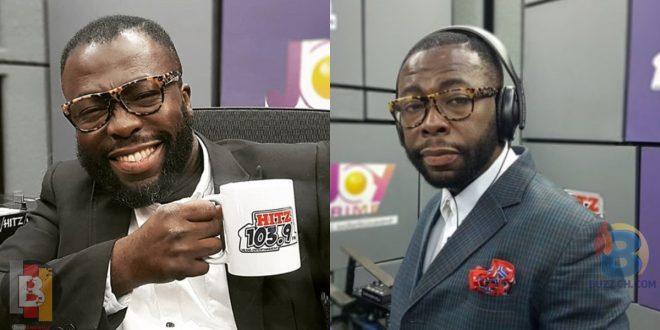 At The Age of 18 Years, I Was Dating a 42-year-old Sugar Mummy – Andy Dosty reveals

popular Radio Presenter and DJ, Andy Dosty, born Andrew Amoh has made a shocking revelation about his bast relationships and family life in one of his shows on Hitz TV.

according to Andy in an interview with Dr. Poundz, during his teenage life he was a very bad boy and it lead him into a relationship with a 42- year old Sugar mummy when at just at the age of 18.

In addition to being a presenter and DJ, Dosty has served as a master of ceremonies, having hosted a variety of programs in Ghana and beyond including the launch of The Taste of Afrika program

In 2019, Dosty released a song, featuring Kuami Eugene, titled “Love You Die” which became a hit. he has currently released another song featuring EL and Kidi titled, ‘1K’. Go check it out.