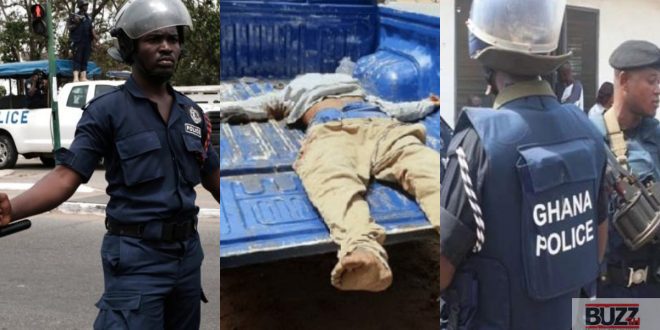 An Armed robber have been gunned down by police after he killed and raped a 20 years old girl at Yeji in the Bono East Region.

According to reports, the robber with name Ernest Akorli alias Jerigoji, was a notorious guy who terrorise the residents of the area.

He tied up the boyfriend of the girl in other to have his way, and escaped after killing the girl.

Police traced him to his hideout where he exchanged fire with them, but was killed in the process.