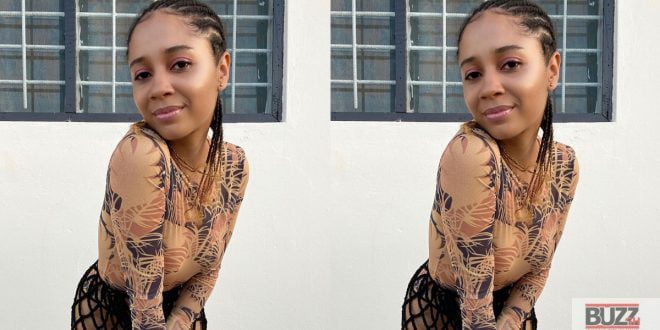 Are You Not Tired Of Being The Ex Of A Happily Married Man? – Fans Descend On Sister Derby (Screenshot)

It seems fans are fed up with singer Sister Derby as she always talks and subtly jabs her ‘sweet ex’.

a fan has quizzed her of not being tire of being the ex of a married man after she posted a photo of herself and teased her ex.

“When you know you are someone’s #SweetEx“

her captioned pissed a fan identified as @noughsqrilla who took to her comment section and wrote;

“Are u not fed up of been an ex of a happily married dude? Been an ex has expired once the person is married, u either stay single or get urself a serious dude and get off ur ex’s nut period.. just an advice and I don’t mean harm”

well, Sister Derby was too hurt by the comment and described the fan as a villager.