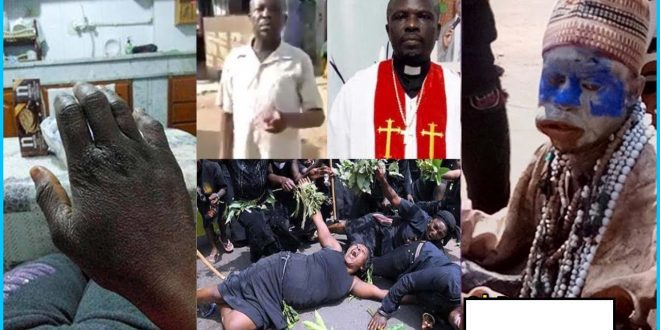 The General Overseer of Pillar Zion Church, Evangelist Akwasi Awuah has come out with an unpleasant revelation about the late Apreku My daughter. according to Akwasi Awuah, the deceased was a fetish priest and a wizard as well.

Following the sudden demise of the former popular man of God, as usual in Ghana, there have been several revelations popping up online concerning his death ranging from his ex-wife to some of his colleague pastors.

On a live radio interview yesterday, Evangelist Akwasi Awuah revealed that Apreku was a fetish priest which the late Elijah of Christ Redeemer Church brought from Berekum. He added that, Apreku was operating under the power of numerous demons he was suffering from popular among them was one called “Di Asem Pa” which they later delivered him from.

He also said that Apraku My Daughter didn’t give his life to God entirely before starting his ministry and that is the reason for his tragic ending.